Our meeting had 29 members and 8 visitors to a

Talk by Dr Diane Leitch MBE on:
The History & Development of the Chemical Industries in Runcorn & Widnes.

It is a story of new incoming people developing an industry with all the trials of invention, partnerships (often broken), using the area resources in travel, transport and raw materials, all of which playing a part. The ‘wastelands of Widnes’ was a relatively cheap place to erect a works and import labour from anywhere.

Before the industry came. 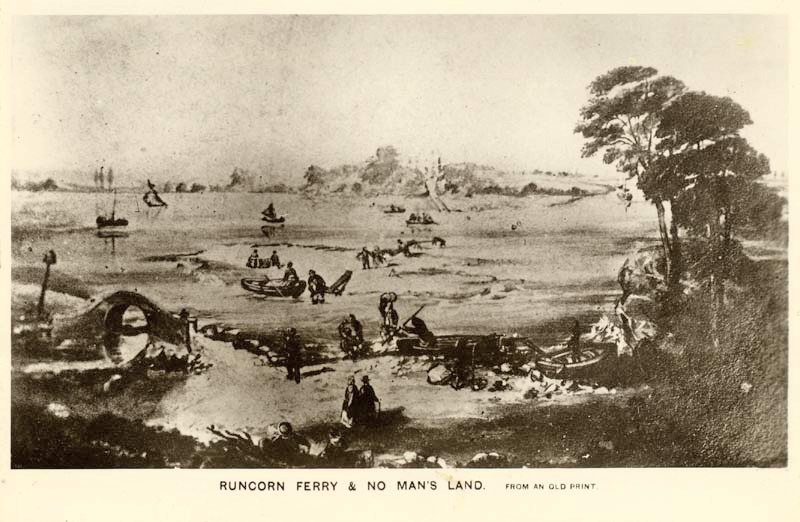 Liverpool and Manchester people went to the rural villages of Runcorn and Widnes for the good of their health, sea bathing and ‘taking the waters’ in the eighteenth century. But within 50 years there were complaints about 'acid rain' killing trees, bad odours and ill health. Building of taller factory chimneys was a way to mitigate the pollution but it was ineffective, and living conditions deteriorated. The difficulty to get work meant the towns continued to attract people as they offered employment. The raw materials were obtainable by new transport arrangements then under development: salt from Cheshire, coal from Lancashire, lime from Buxton and North Wales obtained by canal or railway, and labour from Ireland, Russia, Lithuania, Romania, Scotland and Wales. New innovations including French developments (as some French patents were not enforced due to lack of funds to re-new them) assisted English use of the French new chemical knowledge. Immigrants have been constant in UK development over the last 2000 years or so. 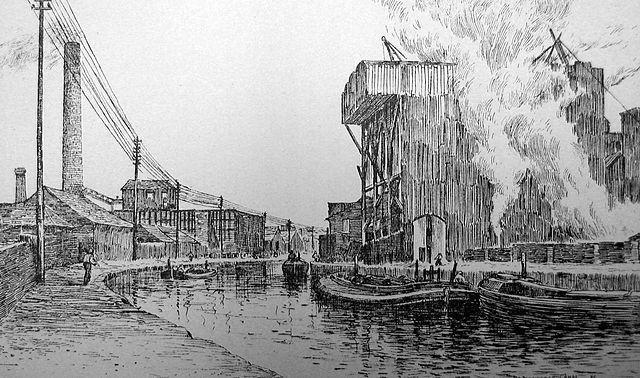 The factory developers came from far afield. Johnson, Hazelhurst, Hutchinson, Gossage (an apothecary from Skegness), Gaskell, Mathieson and McKechnie (from the Mull of Kintyre) and Wigg (from Suffolk) became famous local names. Some of them lived in fine mansions in Runcorn, but others lived further away, e.g. Holbrook, Gaskell in Woolton and Neil Mathieson near Sefton Park. These people made the ‘must have’ products of the time (soap and bleach) which changed the health of others if not their workers.

Soap was regarded as a brilliant product because it made people and clothes clean. Heaps of the notorious waste product [galligu] were regarded as a necessary evil. The usual age range of workers were: children of say 12 years to “old” men at 40 years due to industrial ill health. 12-year-old boys made packing cases, and women cut up and packed the soap, with heavy labour on the vats by men. 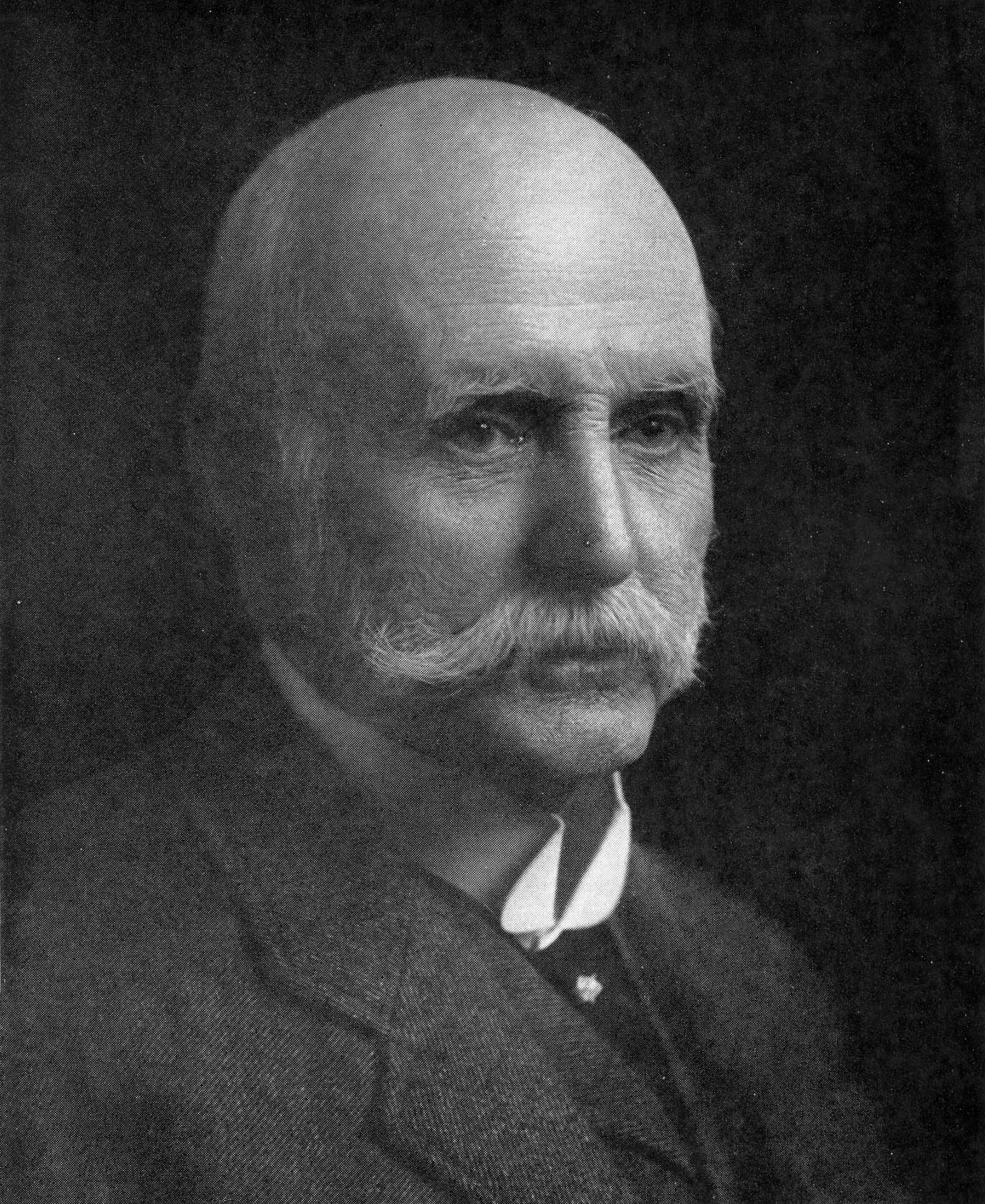 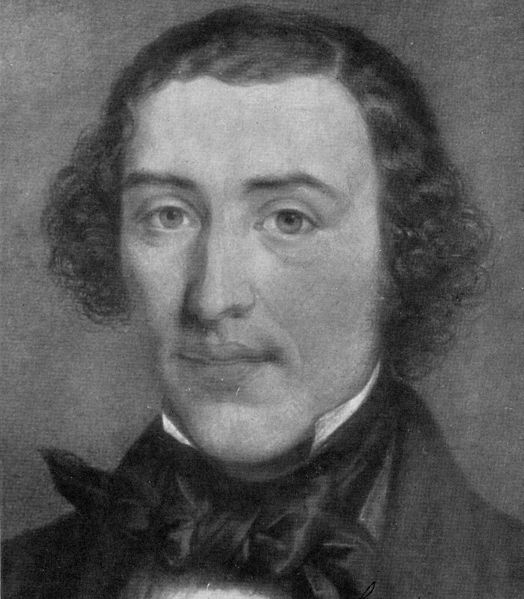 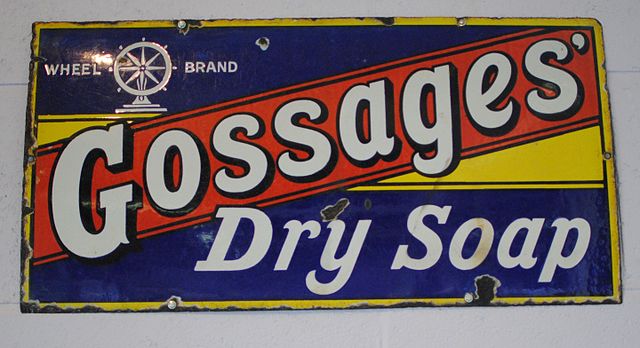 The talk was extremely well illustrated with many old photographs which showed the bad working conditions and the separation of labour for jobs, light work for children, medium work for females and heavy work by males. 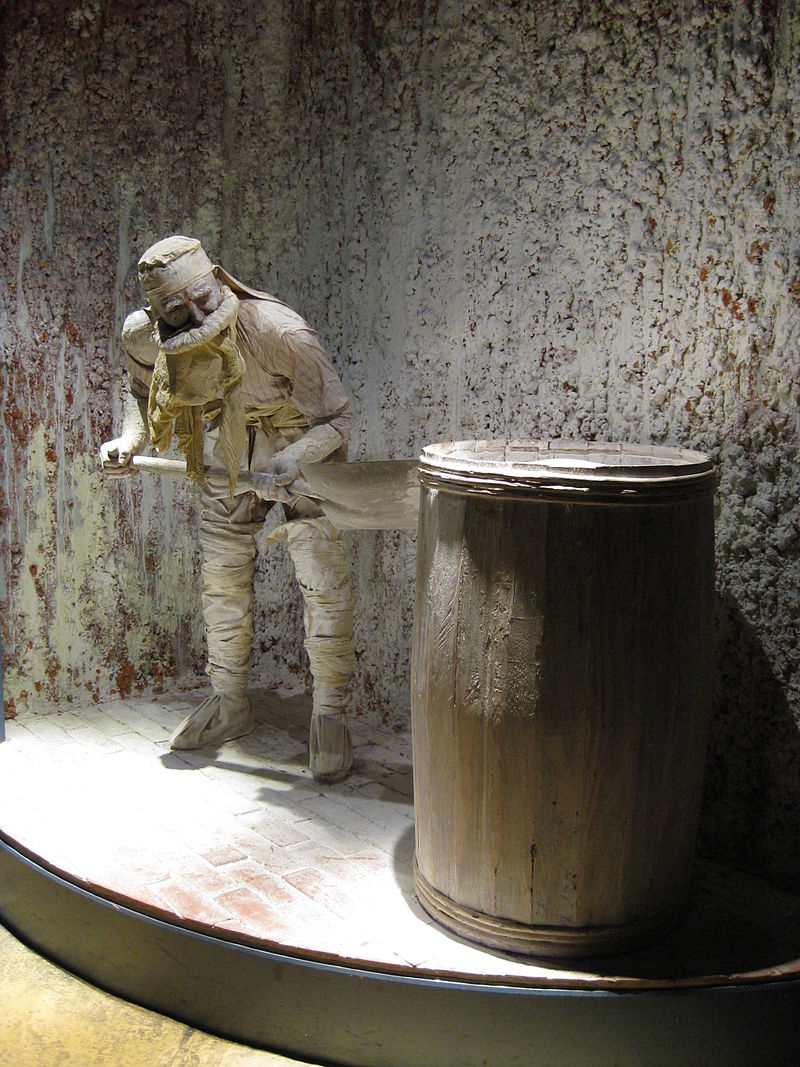 The small initial companies went through the normal (industrial revolution) process of fighting each other, lawsuits, amalgamation, bankruptcies, and people going off to try their own thing, and do better than their previous masters, some emigrating to do so.

The Salt Union was founded in 1882, piping brine to Weston Point. Where still salt products are made.

The United Alkali Company was founded in 1890 as an amalgamation of small firms, to try to survive and fight off competition. The Hurter Laboratory was established in Widnes by a Swiss chemist. The Castner Kellner works was set up in Runcorn to produce chlorine . Chlorine is stil produced at Runcorn y the technical descendant of the old firms under the Ineos Group facilities “INEOS Enterprises / Inovyn” making chlorine derivatives in Runcorn some 120 odd years after starting.

The 20th century saw more mergers. Lever Brothers took over Gossages, and soap making in Widnes ceased. ICI was created in 1926, as a combination of United Alkali, Brunner Mond (of Northwich), British Dyestuffs (of Blackley) and Nobel (of Ayrshire). ICI was a philanthropic employer. Rose Queen festivals and pensioners' parties were recorded in the staff magazine; the copies held at Catalyst are now a major and useful historical source for these activities. The company name “ICI” has now disappeared, as the various divisions were sold off one by one, in order for some parts to survive under different ownership.

World war I saw production of chemicals for munitions.
World war II saw Widnes play a key (though it was then a “top secret”) role in the development and manufacture of poison gas, and research on uranium isotopes. The workers at the Hurter Laboratory and the 'Hush Hush Works' on Wigg Island had to sign the Official Secrets Act. Which produced silence but locals all knew it as the “Hush Hush” plant, somewhat similar to the atomic bomb plant in USA where new arrivals at local town told to ask for a specific innocuous name were advised by local bus company “oh, you mean the new weapons plant”.

After the war, the research continued. Dr Charles Suckling, who lived in Woolton, invented Halothane, the first non-flammable anaesthetic. This was a major step in health, (and safety) and is used still in some low income countries while its derivatives are used in major economies. 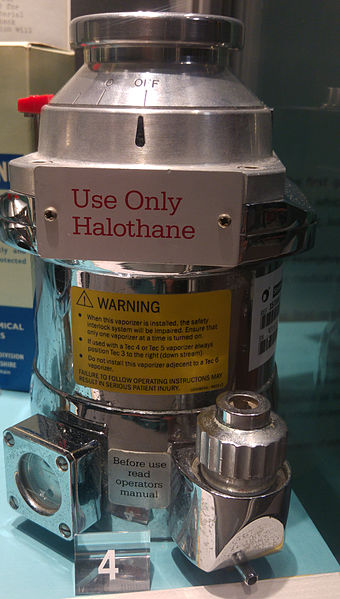 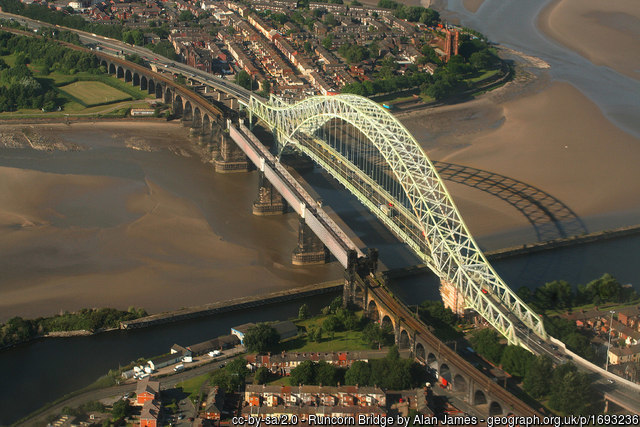 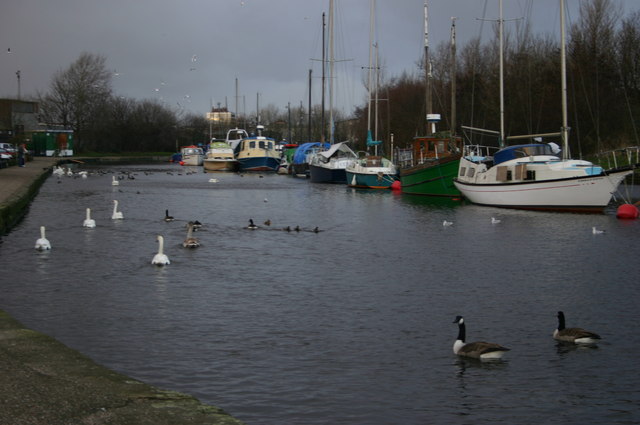 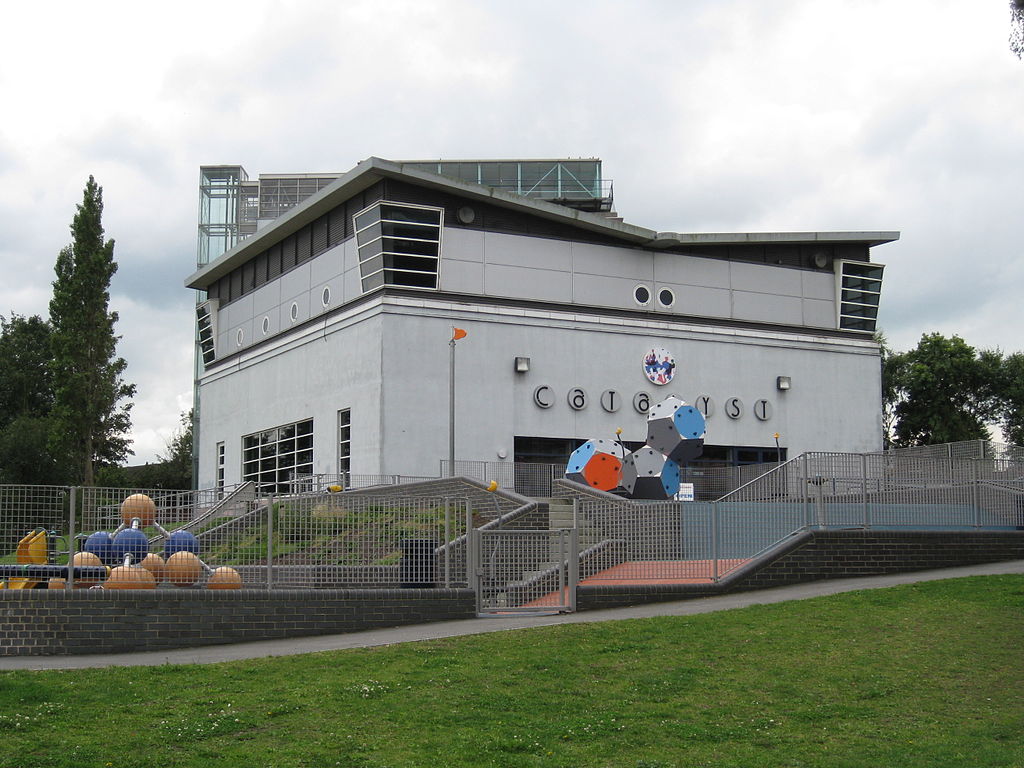 This is now a major museum and record centre as it holds among other things the old ICI records which are important for their social history as well as their technical records. Genealogy takes a major interest in people’s life with computer searches and the social newspapers of ICI now are a ‘mine’ for social historical research.

The Catalyst Discovery Centre was founded in the former Gossages building in 1987 to preserve artefacts and archives and to promote teaching of the 'STEM' subjects in schools. This helps the local area and enables incoming industry to get human resources from the local population.

It is a superb place for youngsters to visit and activities for them include ‘sleep overs’ which can be arranged. [This adult was very jealous on visiting and seeing schoolchildren building a working child-carrying-bridge modelled on suspension bridge joining Runcorn to Widnes.]

We were told a Manchester Ship Canal cruise was a way of seeing what is left today, as the industry was based on the river and canals for transport the view from the water shows the old and new developments.

The author recommends a visit by members, some have already visited the Catalyst Discovery Centre